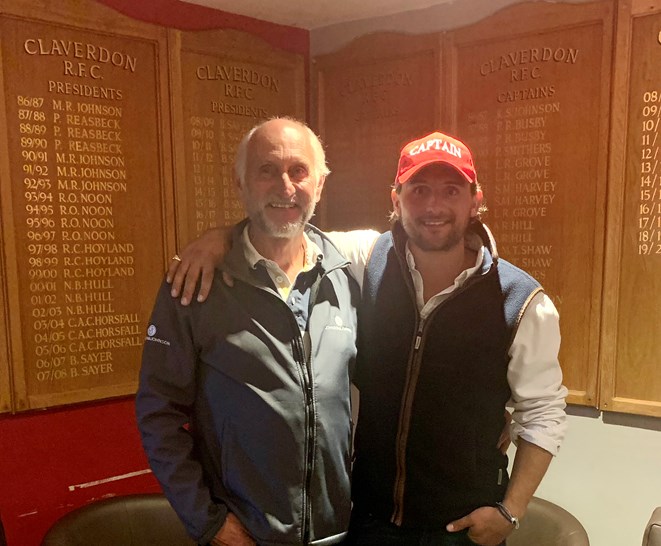 Claverdon RFC are delighted to announce their new “Club Captain” for the Season 2020/21 will be Jack Johnson, son of Martin Johnson & nephew to both Steve & Ivor Johnson, all of whom have Captained the club in previous seasons. (Ivor having to retire through injury just at the start of his tenure as CRFC skipper).

Jack’s Father & brothers arrived at Claverdon in the late 1970’s with Martin captaining the Club from 1977-79 during two of the most highly successful & memorable seasons in the Club’s history.

Jack learnt his rugby skills in the Mini Section at Stratford RFC, being ably coached by his Father & a number of other “top” ex player coaches.

Claverdon 2nd XV with be Captained during the season 2020/21 by Jack (Ox) Yates with Greg White as his able Lieutenant & vice Captain. Both Ox & Greg are long serving ex 1st XV stalwarts at CRFC.

Club President Liz Webster-Kelsey (the only lady Rugby Club President in Warwickshire) said she was delighted with all the recent appointments.

She further commented that Claverdon RFC are extremely well placed for the coming season with all Government & RFU guidelines having been followed to the letter.

Pre-Season training has started and takes place every Tuesday from 6:30pm with new players & friends being most welcome to join one of the best and most friendly Rugby Clubs in the British Isles (if not the World!)